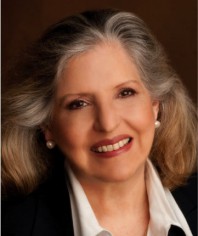 As the Spiritual Companion or Consort of Maha Atma Choa Kok Sui, Charlotte Anderson received comprehensive personal training from this Great Master of Energy that lasted for the entire period of their amazing relationship - which covered the last 14 years of His life.

Wherever He taught globally, they were constantly together - both during periods of work and relaxation and their relationship was both personal and professional.

Their constant loving interaction, also took the form of years of unprecedented instruction designed to sustain the Spiritual Work they had shared. During this period she acted as a liasion* for Maha Atma Choa Kok Sui - corresponding actively with key people on 5 continents. His daily personal guidance, nurturing and extensive personal instruction - in both Practical and Spiritual Teachings - was constant throughout their time together. With His every exhalation “Life Teachings” were imparted by words, examples and instructions.

After He left His physical body, during the struggle within the hierarchy of His organizations, certain individuals tried to relegate Ms. Anderson to the role of having merely taken care of His physical body (announcing this publicly during a Retreat in the Philippines in January 2008).

During this period, Ms Anderson continued to work quietly in the background for over 3 years. Officially she remained connected to various organizations, both Charitable and de facto - which had been established by her Life Partner. Her work during this time included being active in positions granted to her by Him - including sitting on the Board of 7 of His organizations - in the Philippines, India & the US.

His trust and personal confidence in her was further demonstrated - when He granted her 20 year, global licenses from IIS Hong Kong, for all of His courses in 2006. These licenses were subsequently revoked by the organization after His death.

She continued to teach under a 2004 Authorization personally signed by Maha Atma Choa Kok Sui, as President and Founder of his original Manila based Organization "Institute for Inner Studies Inc." This document (the only one given to any of Maha Atma Choa Kok Sui senior students) granted her the unique right to Teach in all countries, up to the Year 2025. She was the only one He ever personally granted this confidence.

Finally due to numerous requests, Ms. Anderson separated and established a series of international, "not-for-profit" organizations intended to continue the Spiritual Work they have shared - in new and creative ways.

Charlotte Anderson is also widely recognized as the compiler, transcriber and editor of Maha Atma Choa's last 11 books and collaborated with Him as Executive Producer for numerous CD's (all of this work having been done without any monetary compensation - with all proceeds going to His organizations), collaborated and coordinated with Him on all issues of The Prana World Magazine, established together with Him in 1998 The Planetary Peace Movement (now in more than 70 countries), founded the PHQandA Egroup (to answer questions about the applications of Pranic Energy Healing in 2000), established The Endowment Fund for World Peace & Global Healing (501c3 US Tax Exempt organization, established in 2001) and founded The PPM Audio Stream (1, May 2006).

In 2010, in accordance with His instructions she completed the first in a series of posthumously produced books, The Sphinx (www.TheSphinx.cc).

Clearly no other associate of Maha Atma Choa Kok Sui was Blessed by having this kind of unique exposure or saturation of interactions with this great Spiritual Teacher.

Ms. Anderson's remains dedicated to her Life Partner and Spiritual Teacher - and to the multiple Spiritual Teachings - which characterized the primary focus of her life - for many years

*Due to the confusing translation of google translator a specific explanation is given: A person who acts as a link to assist communication or cooperation between groups of people or between different organizations.